GFNY Coaching: Building your base

Written by Christian Parrett on December 4, 2020.

Nothing is as fundamental to performance in cycling as building the proper base of endurance work. It is not flashy or exciting, and increasingly amateur athletes try to push it aside to up the intensity and cheat the grind. “Sweet Spot” training is sold as a time-cutting alternative to base training, high-intensity workouts are given fancy names based on results that may or may not exist, and free training plans ask you to flog yourself doing intervals every day.

This move to replacing base training with more and more high intensity is not grounded in science, nor is it a practice followed by top-level athletes. Training volume and time spent at low intensity is shown again and again in research to be key. Pro athletes continue to spend many hours at low intensities. And new research shows that even in time-limited individuals, an approach based around low-intensity training often gives the best results.

Before we continue, I am going to quickly explain some of the terms we will use below.

Low-intensity Training is used to describe training below the first lactate threshold. If you don’t know what that means, don’t worry: it’s below around 80% of max heart rate or 75-80% of threshold power.

High-Intensity Training is used to describe training above the second lactate threshold. That means at or over your FTP if you’re using wattage, or above 88% of max heart rate if you’re training with heart rate.

Moderate-Intensity Training is the space in between low and high intensity. It’s also referred to in the research we’ll be citing as threshold training, since it falls between the two lactate thresholds.

What do the best do?

We have a lot of strong evidence that the best athletes in cycling and across the world of endurance sports spend the majority of their training time in the low-intensity domain that we mentioned earlier.

This four-year retrospective analysis of 30 professional cyclists (20 male, 10 female) shows that they spent the majority of their training time in zone 1 and 2 (which corresponds to the low intensity zone) when measured by power.

One of the most well-known researchers into training intensity distribution is Dr. Stephen Seiler, who’s done noteworthy research into the training habits of elite athletes. In this review, he concludes the following:

“Endurance athletes appear to self-organize toward a high-volume training approach with careful application of high-intensity training incorporated throughout the training cycle. Training intensification studies performed on already well-trained athletes do not provide any convincing evidence that a greater emphasis on high-intensity interval training in this highly trained athlete population gives long-term performance gains. The predominance of low-intensity, long-duration training, in combination with fewer, highly intensive bouts may be complementary in terms of optimizing adaptive signaling and technical mastery at an acceptable level of stress.”

A similar review found the same among endurance athletes from various sports, including cycling.

The picture we get from all this research is that the world’s best cyclists and endurance athletes seem to base their training on accruing long, low intensity miles. Training in the moderate and high intensity zones is also important, but only in the right doses and on top of a large base of endurance training. 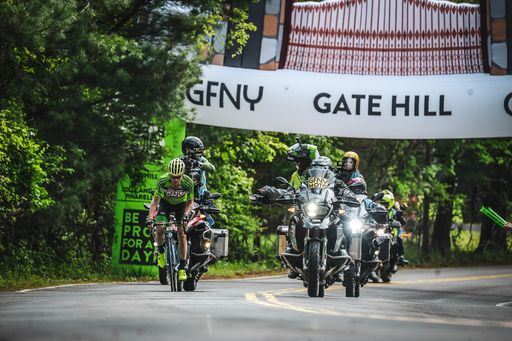 Top-level cyclists spend a lot of hours on the bike training at low intensity.

But what about for time-limited athletes?

Typically, when athletes are presented with this argument they fall back on the same argument: that while this approach works for professional athletes, it won’t work for time-limited amateurs.

“But that approach only works for athletes who have all day to train,” they say. “That would never work for someone with a real job and a family.”

Fortunately, we have plenty of evidence that even in time-limited groups, this approach can work.

Despite only training roughly seven hours per week, the ‘polarized’ group performed better than the ‘threshold’ group. This shows that even if you’re pressed for time, making the majority of your training low-intensity will give the best results. Especially when combined with small but effective doses of high intensity.

From these studies, we can conclude that spending the majority of your time on aerobic training, coupled with focused high-intensity work, is beneficial even for athletes who are very time limited.

Also, since we know this works for full-time athletes, and we know it works for very time limited athletes, it’s easy to conclude it will also work for moderately time-limited athletes that make up the middle ground (athletes who spend somewhere in the 10-14 hour per week range training, a group that likely includes a large portion of GFNY competitors). 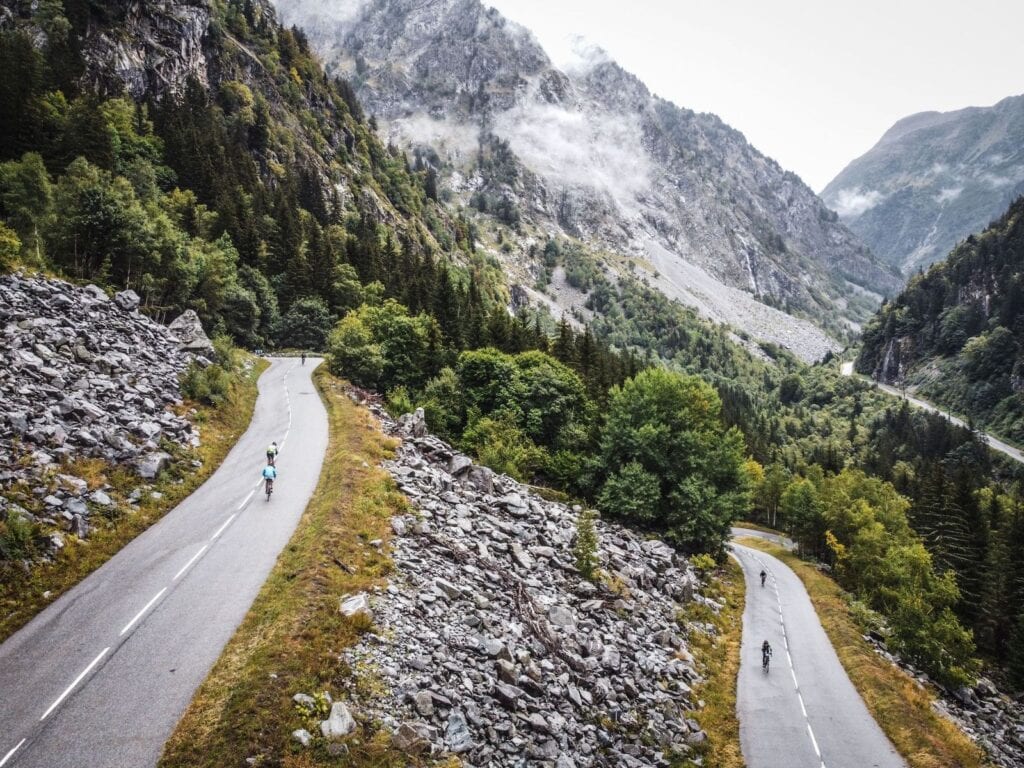 GFNY racecourses sometimes run along the beach and sometimes climb high in the Alps. They may demand different abilities from the competitors, but all require a solid aerobic base.

I hope that by this point, you’re convinced that you need to start focusing on keeping more of your training to a low intensity. So now I’m going to start giving you some practical take-aways to apply this to your own training.

Maximize Low-Intensity Time: Now I’m just re-hashing the points made above. To be a successful endurance athlete, spend plenty of time doing aerobic training. Being time limited isn’t an excuse! Even if you’ve got seven hours to give to aerobic training, put in those seven hours.

Low Intensity does not mean easy: For type-A endurance athletes, the big mental hang up they have with training this way is that they assume it is too easy. But low intensity is a relative term. It simply means that you are not starting rides full-gas and then dying, and you aren’t racing up every hill. If you go out and ride four or five hours at 75% of your maximum heart rate, you certainly won’t think you did an easy ride.

Your long ride is sacred: Most time-limited athletes only have one day a week they can get in a long ride. Get this ride in as consistently as possible throughout the year. If possible, try to keep this ride three hours or longer year-round, working out to at least 80% of the length of your goal race in the build-up to the event.

Plan Middle and High Intensity Training by your goals: No matter what kind of race you have as a goal, you need to be doing your endurance miles. But for your higher-intensity training, you should plan around your goal races. For example, if you’re training for a mountainous race like GFNY Vaujany, focus on efforts specific to long climbs: low-cadence efforts done at moderate intensity, and long efforts done in the bottom end of your high-intensity zone. You only need to train short efforts or sprints on occasion since they are not specific to your goal race.

On the other hand, for a race like GFNY NYC you may want to prioritize some shorter, explosive efforts for the short-and-steep climbs that are all over the course. For GFNY Cozumel you may want to spend a lot of time training your sprint, since the result will almost always be decided from a sprint, be it from a small group or a large peloton.

Check out a case study: We recently wrote a case study on an athlete coached by GFNY Head Coach Christian Parrett, where we detailed how he was able to improve from one edition of GFNY Colombia to the next. Many of the concepts in this article were applied to his training, so read the case study for a practical example of how these ideas can help you. 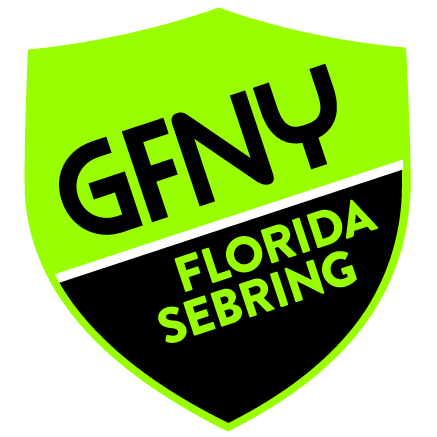